Friday was the 38 week mark! I’m never sure how to say in months how pregnant I am, because 40 weeks is 10 months. I think I’m now 9.5 months, and then people think I am overdue. Anyway, I think it’s pretty easy to see that 38 weeks is the end end end. March of Dimes says that babies should be born ideally after 39 weeks and I am really close. Of course, if you’ve talked to me lately, you know I want baby to stay in for a few more weeks–as many possible! My doctor, along with everyone I talk to, laughs that I am the only pregnant woman to want more time being pregnant. I just want to be walking!!

I’m pretty uncomfortable at this point, but I don’t know if it’s the mobility, ankle pain, Braxton Hicks, or overall hugeness and difficulty breathing. All things considered, I feel great! I would say we are on the not prepared side of the spectrum, so we need to pull it together this week. Install the car seat and pack a hospital bag…scary! Part of me thinks if we aren’t ready he won’t come (if you don’t build it, they won’t come?) but the more practical part of my brain knows that isn’t true. As Jacob was late and I was induced, I think my odds of baby O2 being late are pretty solid. Or is that wishful thinking?

The ankle issues have kept me from thinking too much about life after baby, which is probably keeping me very calm, but also not as excited as I could be. I suppose I’m in a state of disbelief. Actually, writing this is making me worry a little…haha.

Here are the not glamorous shots I captured at 38 1/2 weeks…after I had washed my face and taken out my contacts, of course. Hey, I have a lot going on! 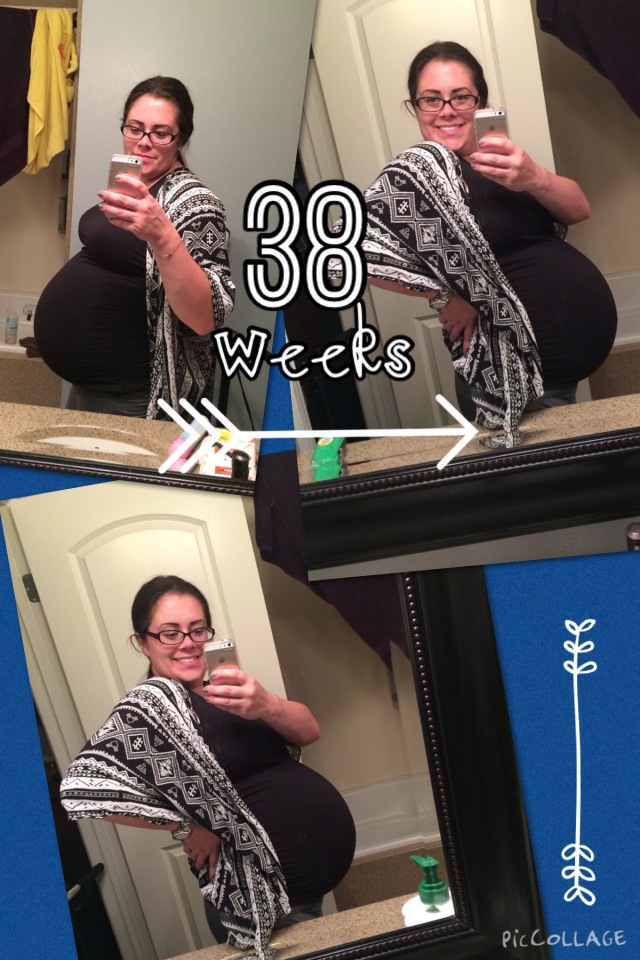 If you would, please pray for baby’s safe arrival — as late as possible — and my continued mobility. I would appreciate it!!