Jacob is no longer a preschooler

My little boy is growing up and moving on from St. Paul’s Preschool. I will miss this school so much!

On Monday, I was able to volunteer in his class, something I had wanted to do all year. It was fascinating too watch the kids figure things out on the playground, and to see how the teachers handled disagreements and corrections. 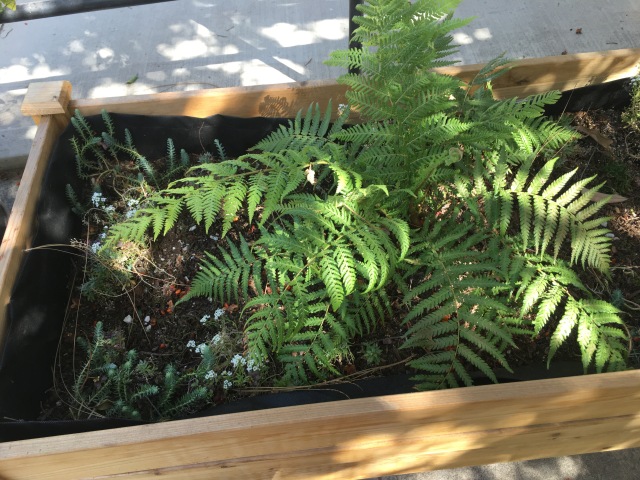 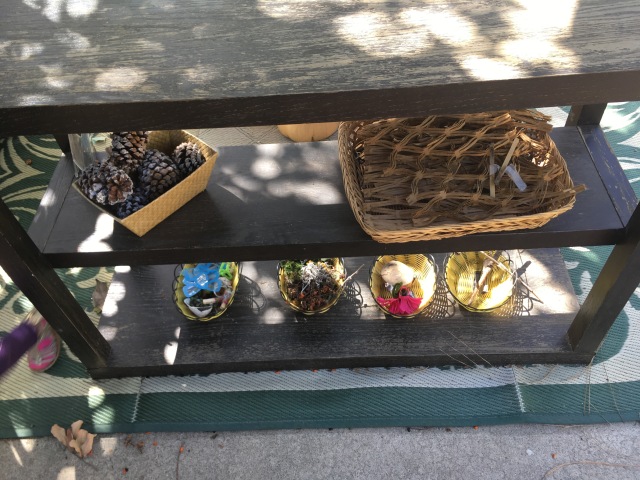 Inside the classroom, the kids got to work at their “appointments” as busy as bees while classical music played in the background. Jacob painted the rocket he made in woodworking, and I helped another boy sew a dinosaur. The end of class was a meeting, during which the kids who had made special things (written a book, or taken home the estimation jar, etc) presented at their tiny lectern. It was incredible to see. I have video of jacob presenting his rocket to the class and then taking three questions.
​

I made teacher gifts of s’mores for each of his four teachers who split the responsibility of the 31 4- and 5-year-olds in his class. I think they deserve some downtime! 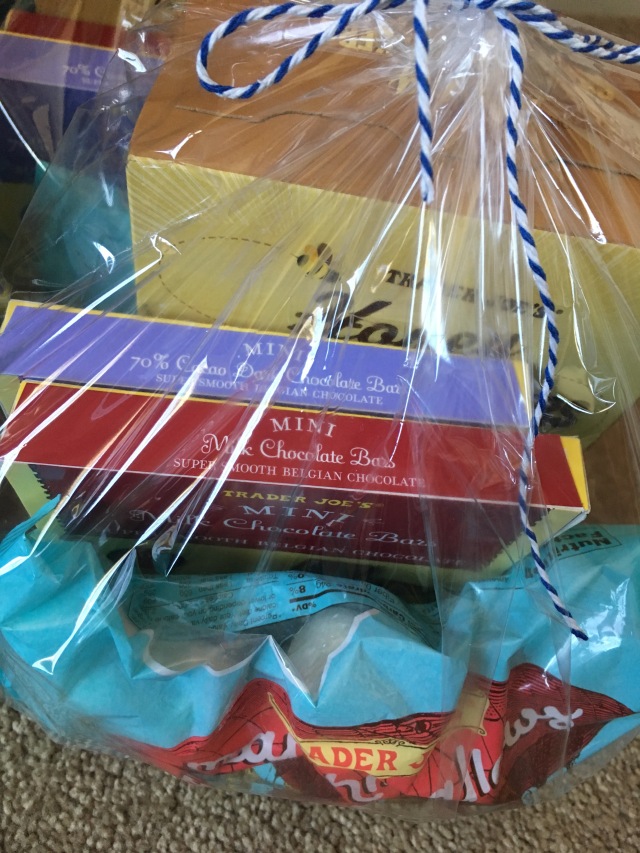 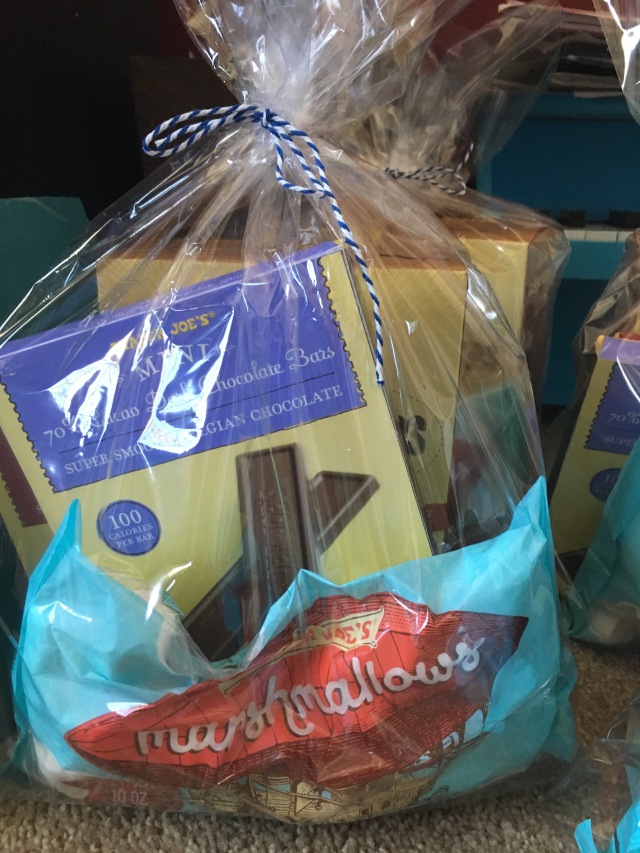 I made him an extra-special breakfast:

And we took some last day photos: 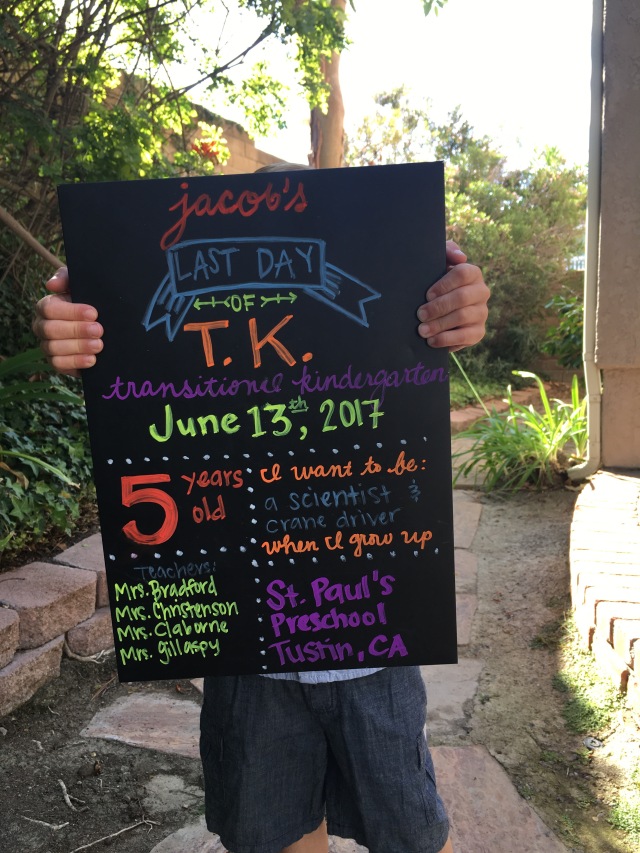 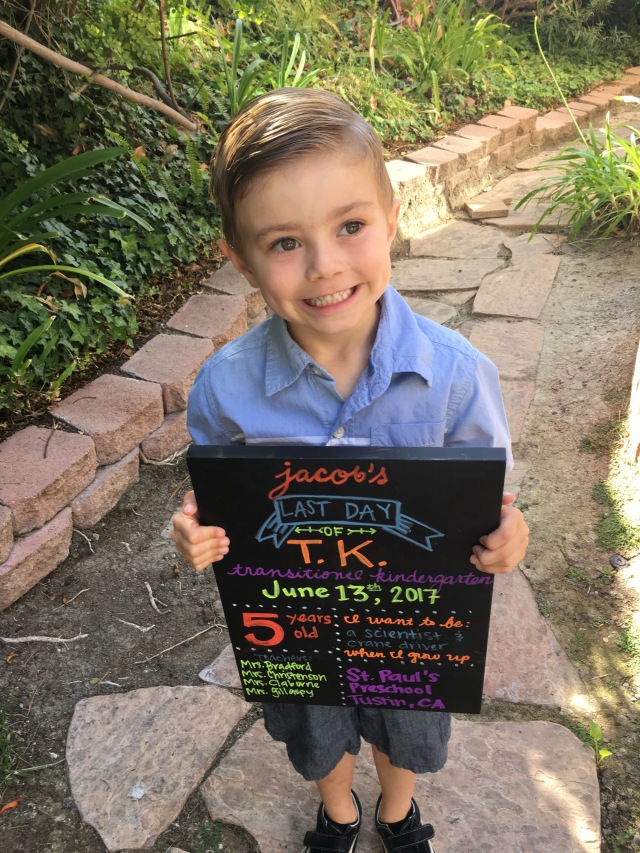 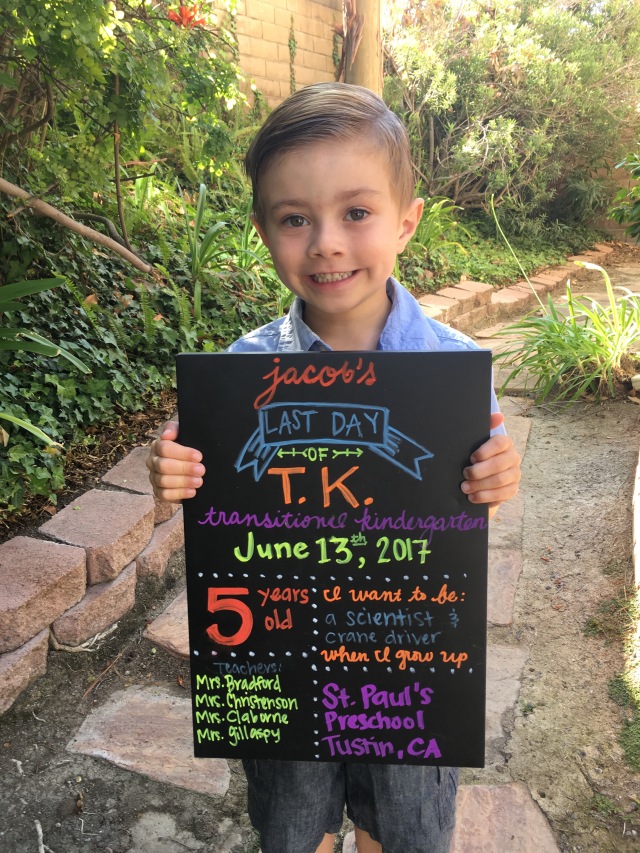 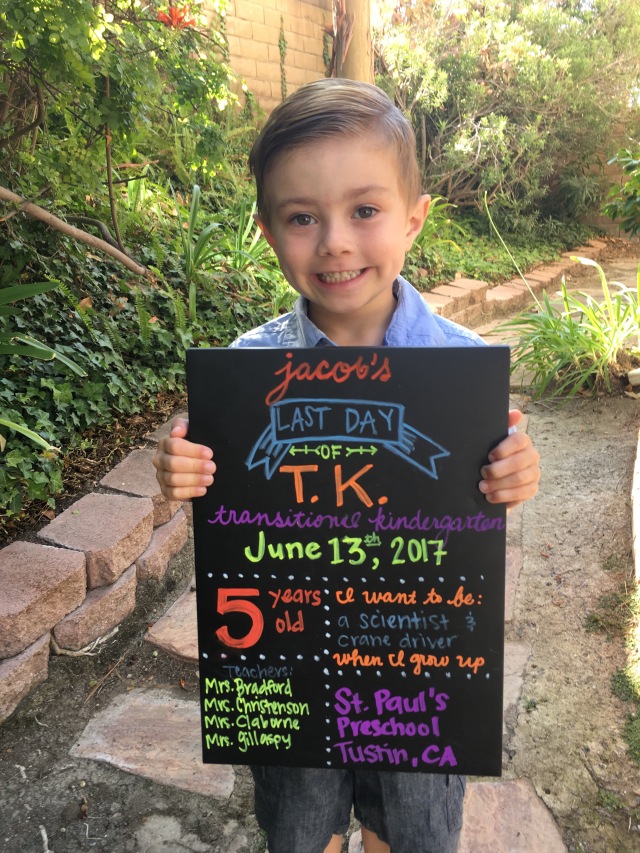 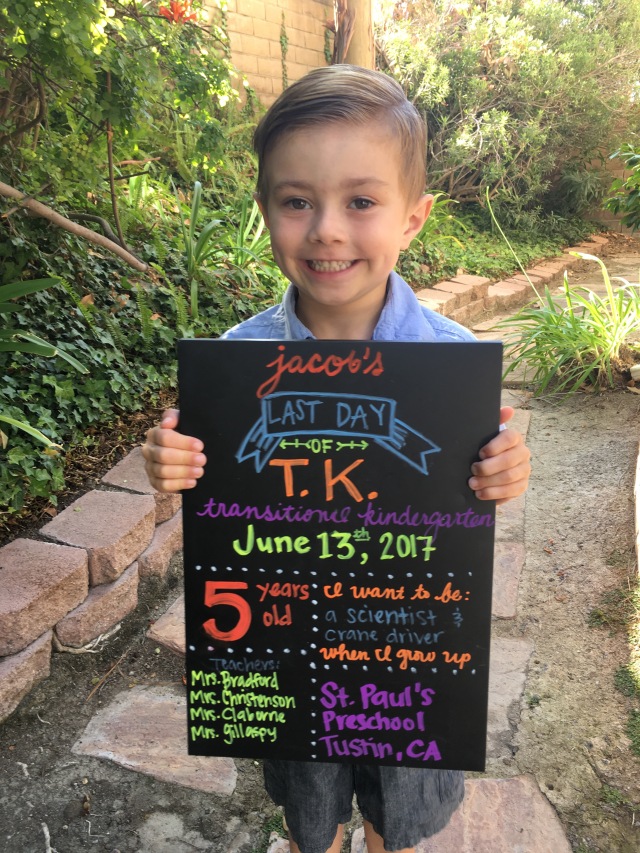 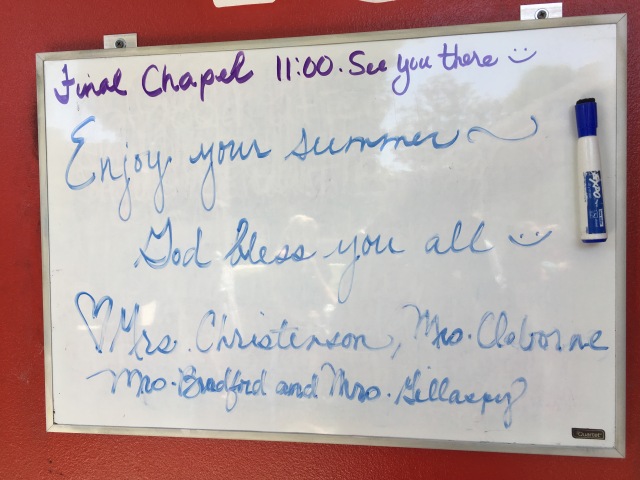 At the end of his day was a special chapel with Pastor Kay. The kids sang their favorite songs and at the end, Pastor Kay blessed each student and gave him or her a cross necklace.

We checked his cubby for the last time: 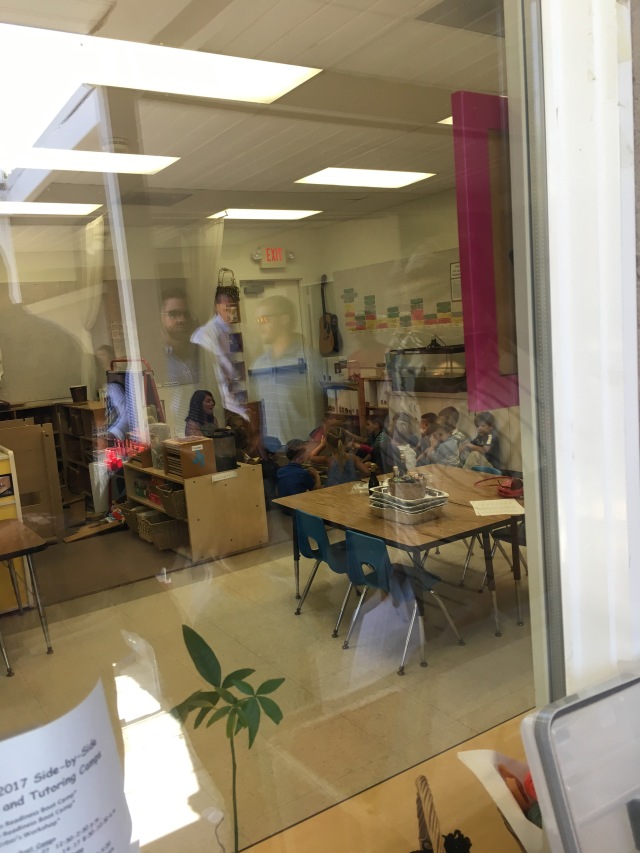 It was bittersweet and rushed then, leaving. The teachers were very busy, but we got pictures with two of them. 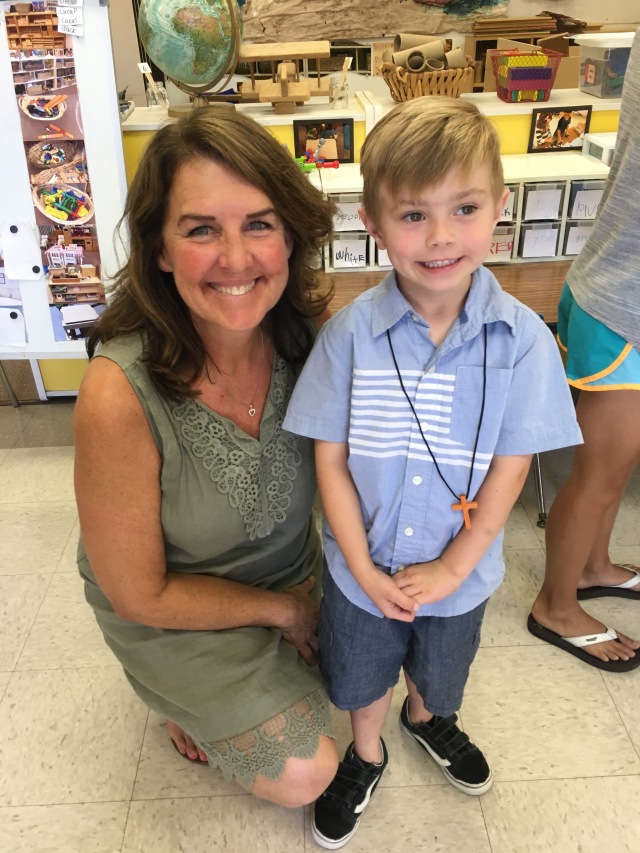 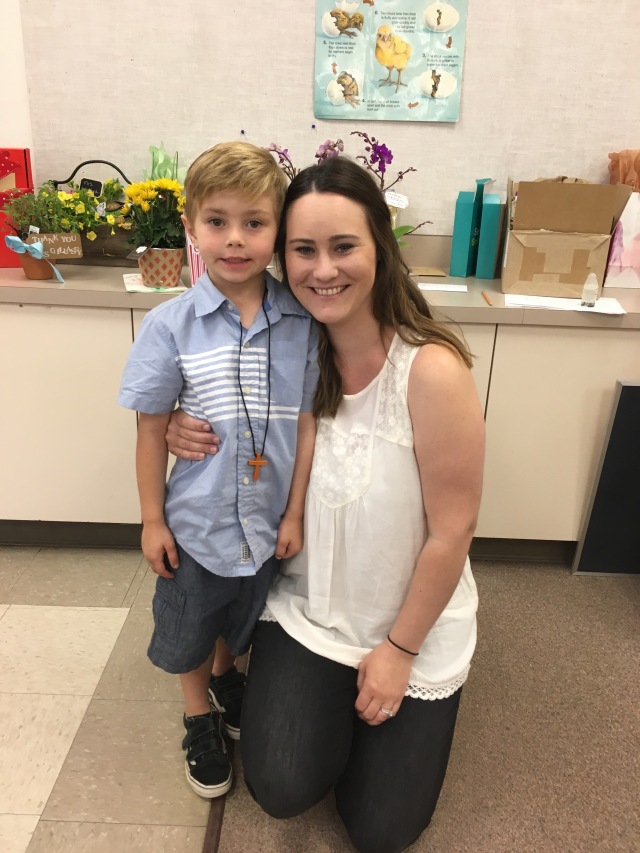 And, just like that, it was over. Jacob has had three fantastic years at St. Paul’s, and when you’re five years old, three years really means a lot! Now he is off to kindergarten!