I’ve always wanted to make sourdough bread. It has only three ingredients: flour, salt, and water.
Oh, and sourdough starter. Which is flour and water…and yeast. The invisible ingredient you can get from the sky. My friend and neighbor Breanne gave me some of her starter, which is made from sprouted grain flour. Sprouted grain flour is very low in gluten and is basically a vegetable since it is made from grain that has been sprouted to become tiny plants, then ground into flour. I fed the starter for three days before making bread, and used the leftover starter to make the waffle shown above. It was the most delicious thing I’ve ever eaten!! So delicious!! I had really high hopes for the bread after that (I was initially worried because I usually eat white flour sourdough.) The bread turned out, but it was very sour and very…just different tasting. I think I would have to get accustomed to it.
Anyway, here is my boulé we had for dinner and I also made a loaf for sandwiches. I did a LOT of kneading! 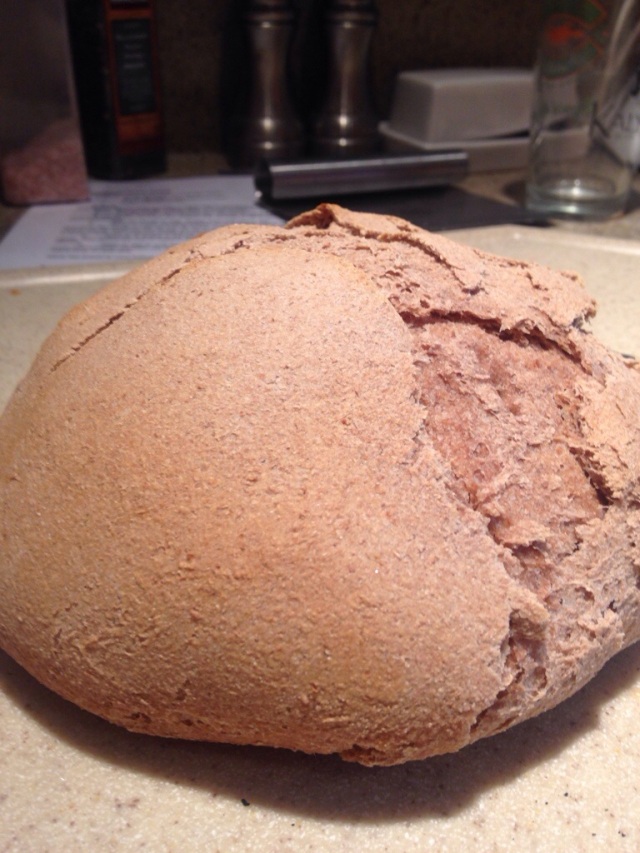