[Quick side note on our “lucky sevens”: my mother in law just pointed out to me that she remembers Jacob’s birth stats because they were mathematical: 7 lb 14 oz, 21″. How funny that we stuck with the sevens!]

I was induced Tuesday morning at 41 weeks, 5 days. After a slow start, he came quickly, rushing into the world, but then he didn’t cry. (Also just like Jacob.) The cause: meconium aspiration. He was not breathing on his own, so he was whisked away while the doctors and nurses worked on him. They let me hold him for a minute before taking him to the NICU. There were a lot of people in the room because his heart rate had become startlingly low (also like Jacob) during labor. Thankfully I was able to push him out quickly and let the medical team take over. I remember Josh’s excited voice saying “Korey! He’s here! Can you see him? Look!” He was very vernix-y and white, but so beautiful. A round, perfect head of blonde hair, invisible blonde eyelashes, and the sweetest button nose. I noticed, in that brief time I held him, that he has at least one dimple. Josh followed him to the NICU and stayed there for the next few hours. They ran tests, including a culture for infection and an x-Ray of his lungs. I was so ready for him to be returned to me, safe and sound, and healthy. Thankfully, the culture never revealed any growth, and he was clear to stay with us, finally and forever. He does resemble Jacob quite a bit, but he definitely has a uniqueness to him as well. I think he looks a lot like josh.

Those first moments when they wheeled him in from the NICU were precious. I stared at his face, just taking it all in. He seemed so fragile, yet so very alert. He looked at me and we stared into each other’s eyes. “Hello” I said over and over, “it’s so nice to finally meet you.”

I was anxious for Jacob to meet the brother he’s waited for these long months, and he ended up seeing the baby as he was rolled from the NICU to our hospital room. Jacob was enamored from the start. He touched the baby so gently and sweetly, and kept cooing “I love you” to him. He would break his spellbound fascination by looking up at us and exclaiming “he’s so cuuuute!” Or “I just love this little guy!” My favorite moment was when baby Jackson was handed back to me, and Jacob climbed up on the hospital bed and said “baby, this is your mama” in the sweetest voice. I don’t know how we got so lucky with that boy. He hasn’t had a moment of jealousy or anger; he has been so full of love all the time. I thought sharing me might be a tough time for him, but he’s been so happy to do it. He tells me constantly how much the baby loves me as he strokes the soft, downy hair on baby’s head.

I have moments where I feel like I am having déjà vu and I am cuddling my sweet Jacob baby again; starting all over with the same small baby who is now happy to sprawl out next to me, smelling of sweat and adventure, and ask me questions about fish or to play pretend.

I was so tired on the night he was born; I was afraid I would fall asleep with him in my arms and be scolded by my nurse, so I carefully tucked him back into his plastic isollette to find myself waking up with my face on the edge of it an hour later. I didn’t want to leave him feeling lonely, so I had reached in to comfort him with one arm and fallen asleep with my head resting on the edge.

Leaving the hospital we received so many compliments (and truly, he is a beautiful baby!) and I was bursting with pride. As I waited in a wheelchair by the front doors of the hospital for josh to get the truck, two nurses on their way out stopped. One turned to her companion and said “this is the baby I was telling you about! I wanted to kiss him so bad!” They stopped and admired him, his darling face and perfect head, before heading out the revolving door into the heat.

Buckling this tiny baby into a car seat was as uncomfortable and nerve-wracking as I remember. He doesn’t seem to fit. It’s as though he is just too small for the restraints. He is still flexible and bendy, and his legs are usually tucked up against his ribcage with his small feet together.

We have spent the following days nursing (nearly every moment) and just cuddling. I smell his sweet head and touch his soft skin, and delight in the adorable little sounds he makes. Contented sighs, smacking lips, and mouse-like squeaks send us into squeals of admiration. He has hardly left my arms in his first five days, and only to find himself in another loving pair. His big brother sings to him and “keeps an eye on him” and he looks around, just taking it all in.

Thinking of being new in this huge world overwhelms me, so I hold him close, and try to make him feel as grounded and comfortable as possible. We will let him experience the world slowly, on his own time. For now, he gets to revel in the familiarity of my voice, my heartbeat, and the comfort of my touch.

To witness the start of a life on Earth, to see a person’s entire journey begin as he takes that first breath and opens his eyes to his first glimpses of “everything else” is nothing short of phenomenal. I wonder how a person could have this experience and still not believe in miracles, or that we are so deeply and powerfully loved. To be there for the start of a life is an honor and a blessing. To understand the process leading to that moment, and for me, especially with all that occurred leading up to his birth, the fact that a healthy child was the result is nothing short of a miracle. The first time I saw him, a grainy blob in black and white on a screen, I didn’t think we would reach this day. The blob was still. It didn’t flicker. That could have meant something or nothing, but I wouldn’t know for 7 days. I tried not to get attached, and I started to wonder if having two children just wasn’t the plan for us. If I had only known. I didn’t give up hope, and the incredible journey ahead was full of so many things I couldn’t have imagined happening in one pregnancy. At that next appointment, the little blob flickered. The doctor turned on the volume and there it was: the sound I had been waiting for. My little fighter stayed strong. He was determined to be born–in his own time. As for me, all I had to do was stay the course, stay healthy, and stay sane. My health and sanity were challenged, but with one glimpse of his face, in an instant, every inconvenience, every bout of morning sickness, and every fearful day were worth it. Just like that. 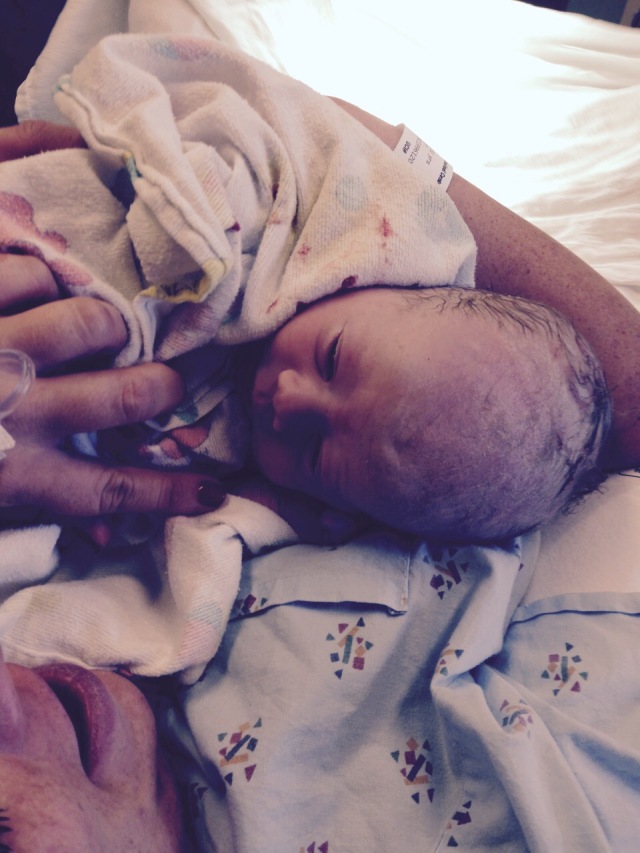 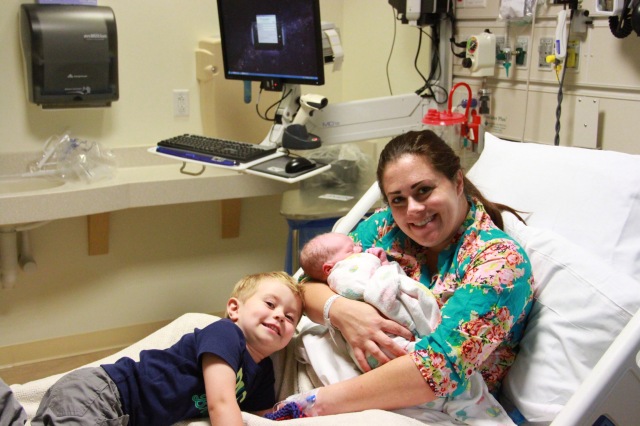 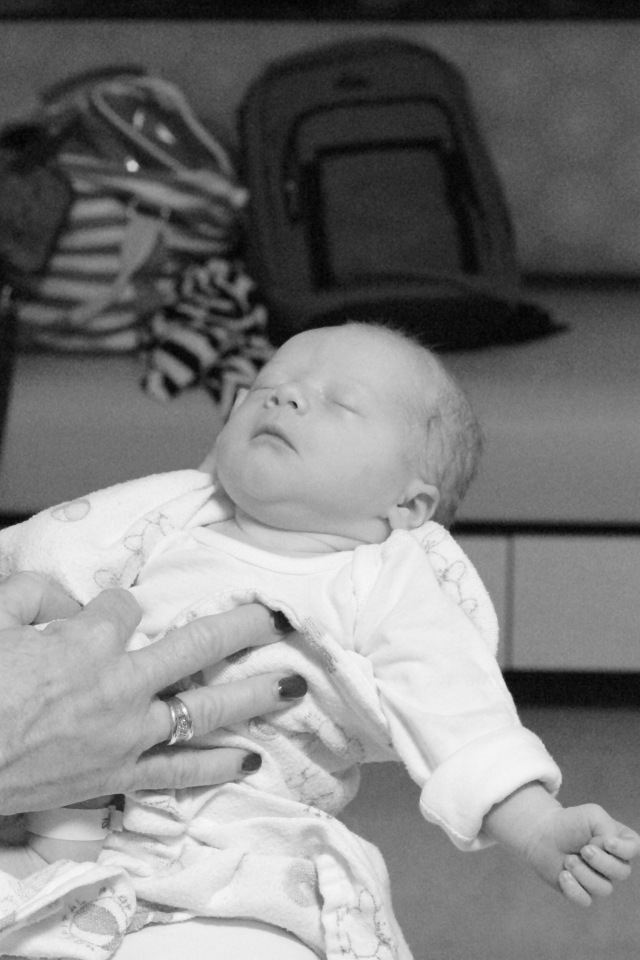 welcome to the world, sweet baby! 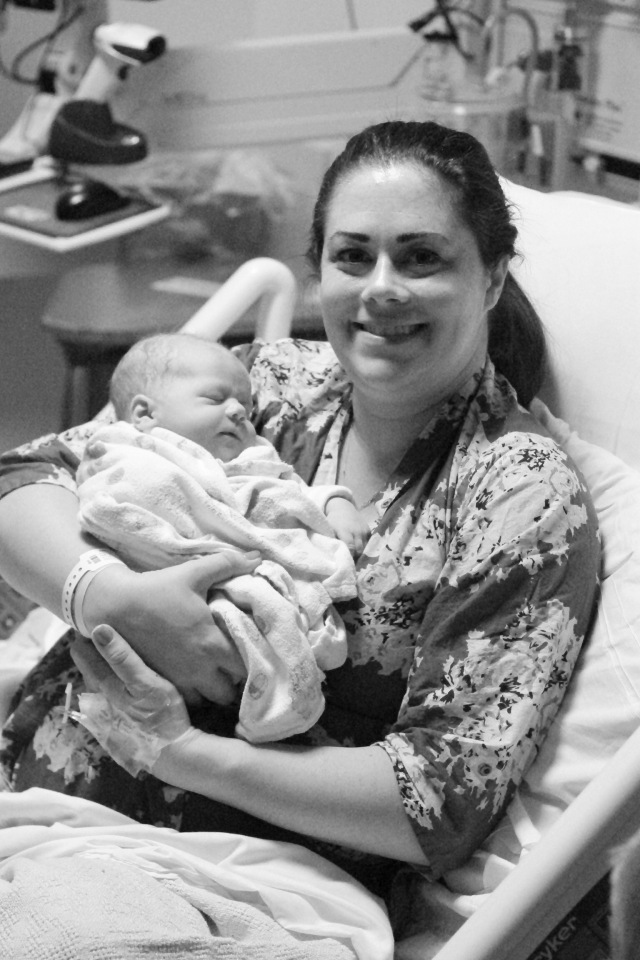 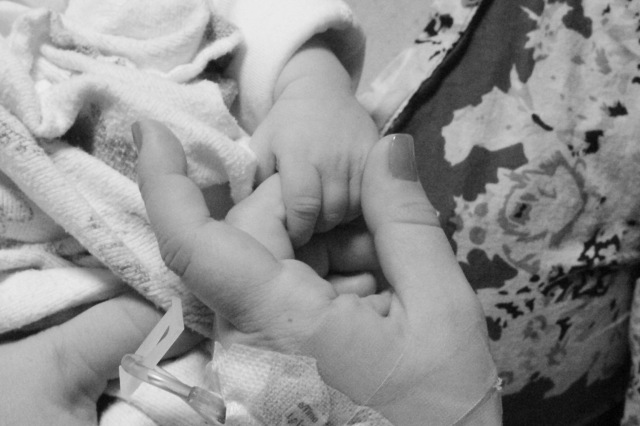 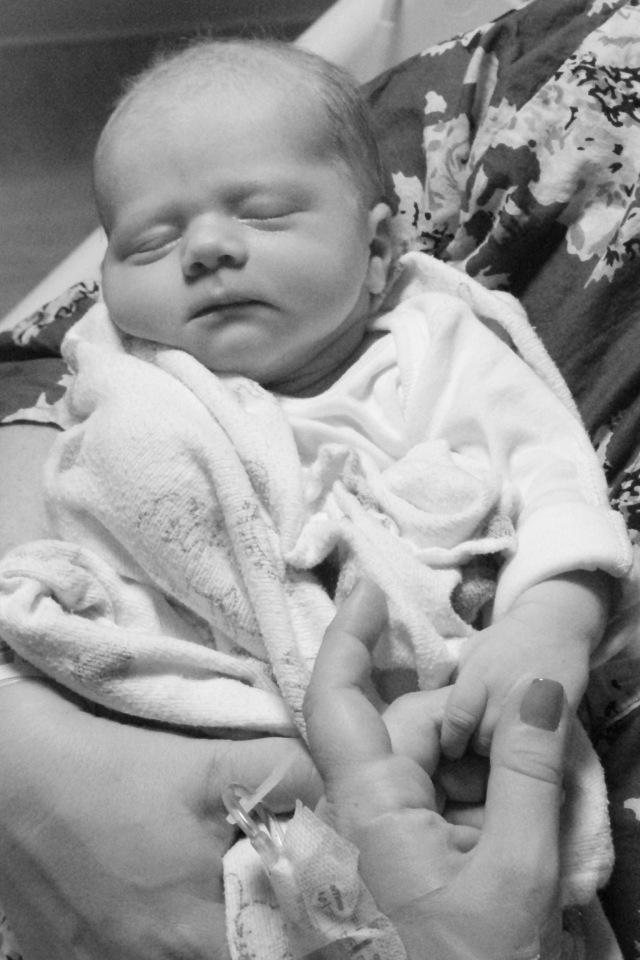 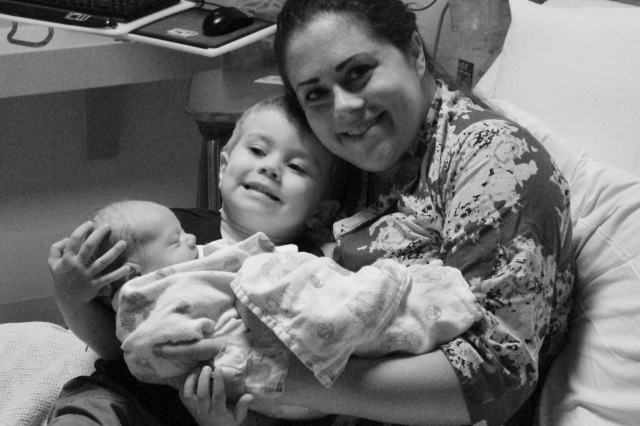 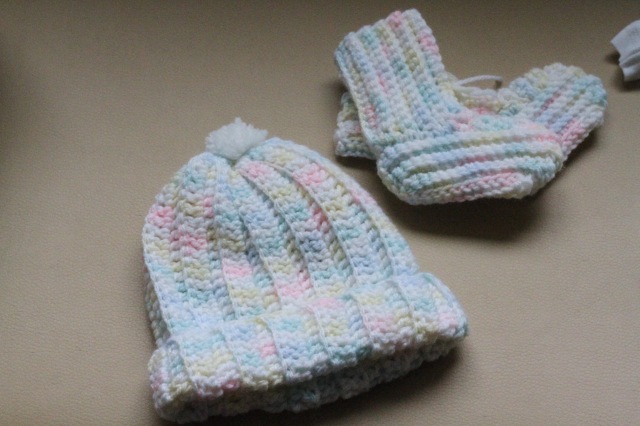 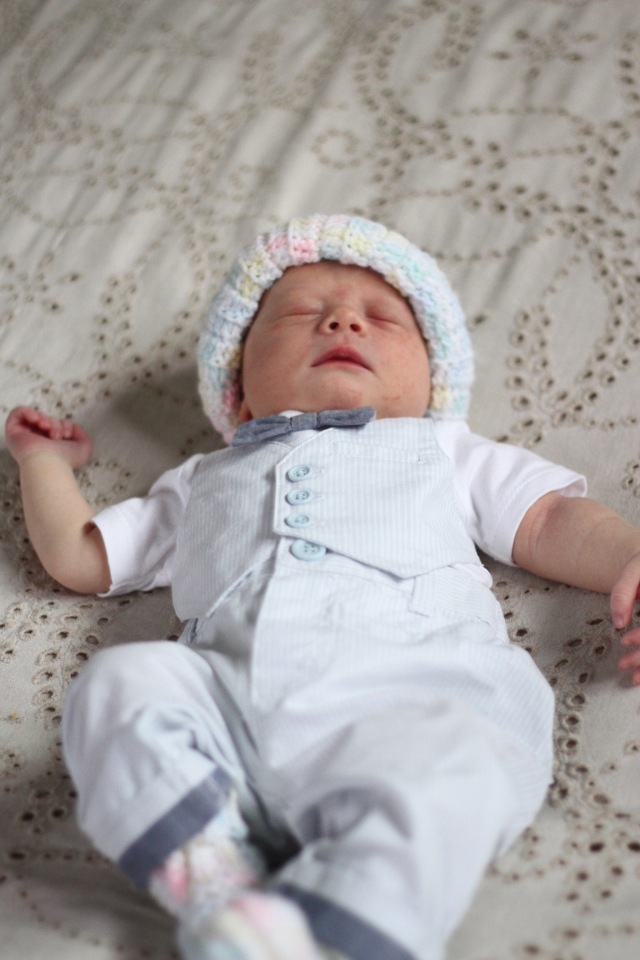 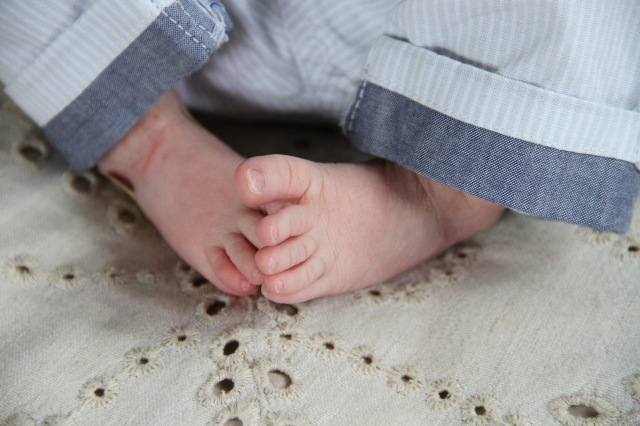