We wore our pajamas and watched last year’s ball drop on YouTube. 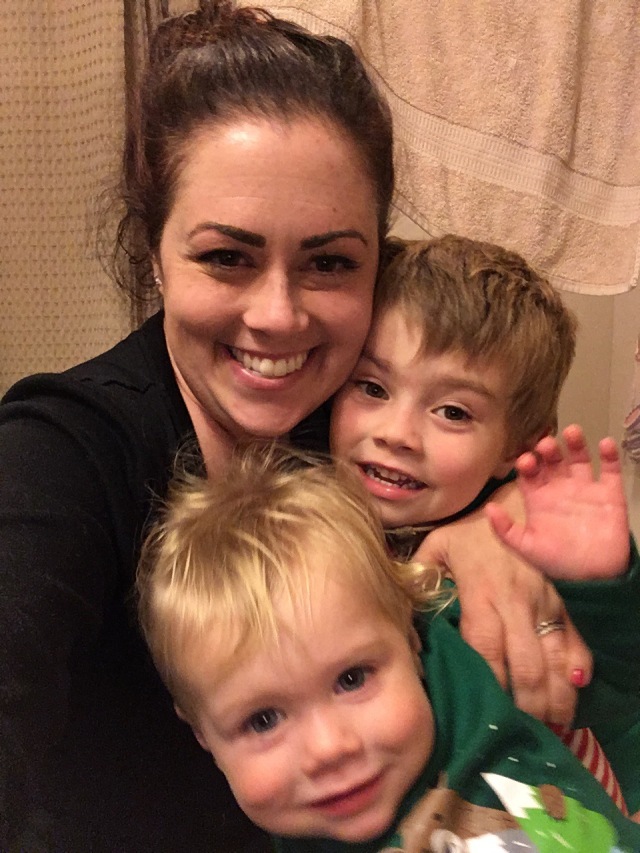 And toasted with sparkle “spear” as Jacob calls it.

Jackson learned to toast and loved it! 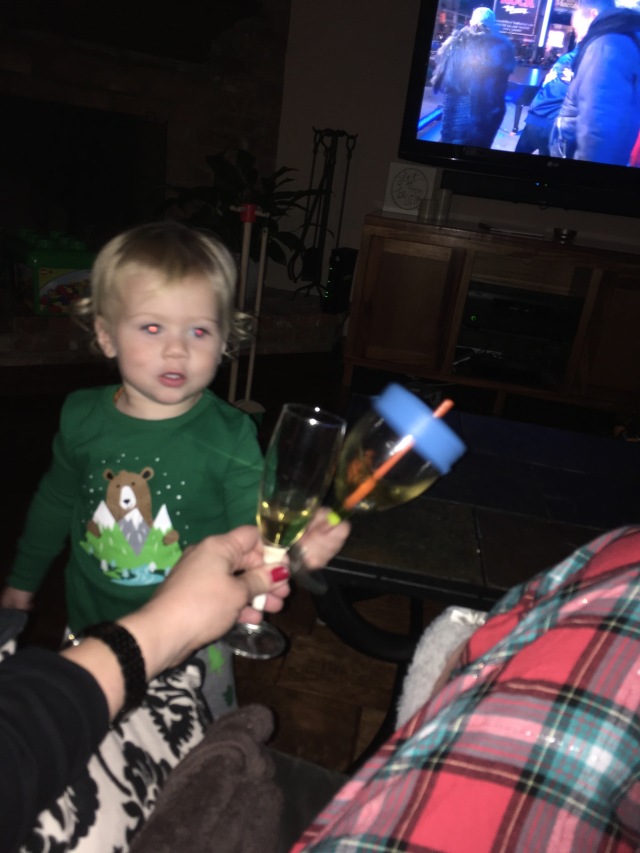 I can’t say I am sad to see 2016 go. I feel as though, emotionally, I am still in February of 2016. Time stopped when Riley died. It’s even hard to type those words. I’m still not convinced that I won’t wake up tomorrow to this all being a very bad dream. It’s also hard; to watch last year’s ball drop celebration was tough. I think of the person I was when the ball dropped last year. That person is gone. Thank God I had no idea what lie ahead for me. I don’t know that I would have been able to handle it. I’m still not sure. I have been having a difficult time coming to terms with the coming new year. I feel as though I am stuck in place, and I don’t want to be un-stuck, because I don’t feel right about the year changing. I don’t feel like entering a year that my brother wasn’t in. Time is carrying me further away from him and it hurts so much. It’s been somehow comforting to be able to think back to where he was one year ago…this time last year…and soon I won’t be able to do that. He was never a part of 2017, and I am being forced to be a part of it, and I feel as though time is ripping him ever further from me. To be honest, I’ve never loved New Year’s Eve. It always feels strange and bittersweet. I’m sure it’s my discomfort with change, but the idea of celebrating a time ending and the unknown beginning seems wrong to me somehow. I’ve always felt nostalgic and emotional, and tonight those feelings are amplified.

So, in the remaining minutes of this year, I am going to read some year recap articles until I fall asleep.